Shinbukan is one of the most reputable teaching centers in Iran which provides training in four genuine Japanese martial arts:

A brief history is presented to familiarize you with the founding of Shinbukan and its establishment in Iran. 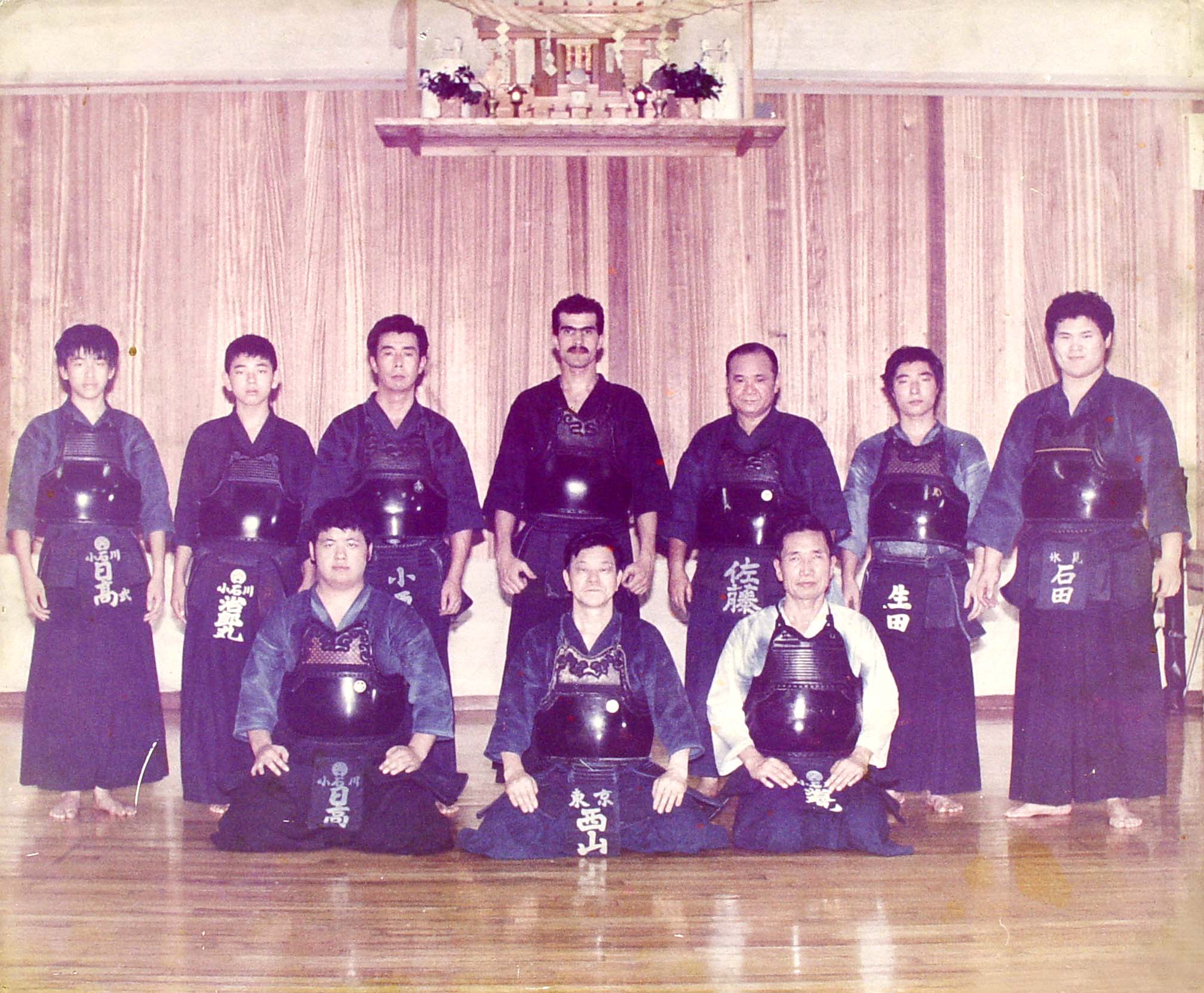 Shihan Soleiman Mehdizadeh is the founder and in fact the first Master of Kendo and Iaido (samurai) in Iran.

He first started his career by studying philosophy and learning Zen and traditional Kendo under the supervision of his Japanese master (the late Fukoda) in 1976 and finally after hard training and practices, he went to Japan in 1977 to fulfill his career on recommendation of his Master.

There he continued practicing Kendo with his late Master, Nishiyama, Iaido by Master Totsuka and Goju Ryu Karate with Master Yamamoto.

He founded this noble Japanese art, when returned back to Iran and taught it.

After the Islamic revolution of Iran in1979, he initiated the official teaching of Kendo under the supervision of the Iranian Martial Arts Federation gym in 1980, now the fencing gym. The establishment of this art and the attention of the enthusiasts in Iran were such that Japan National TV (NHK) reported the first Samurai class in a Show program in Japan on 6th January 1983. IRIB, demonstrated Kendo and Iaido exercises by Mehdizadeh in 1985 as well.

It was during those years that he spends several months each year in Japan to pursue his technical training and combat and in order to achieve excellent degrees of Kendo and Iaido he stayed there since 1984. Moreover, after returning back to Iran in 1995, he followed training this original martial art to the learners and enthusiasts under the auspices of the IR. Karate Federation and on 16th March 2000 by a formal decree from the IR Karate Federation Iran Kendo and Iaido headed by Mehdizadeh were recognized and therefore he officially received a license to operate the activities in the country. These activities continued until based on the resolution of the Physical Education Organization of Iran organizing martial arts of Kendo and Iaido were known as Iran Kendo and Iaido Association on 8th January 2011 overseen by the Martial Arts Federation.

He has been also known as the founder and President of Okinawa Goju Ryu Karate Association and Tomiki Ryu Aikido in Iran.

Degrees and records achieved during the four decades: